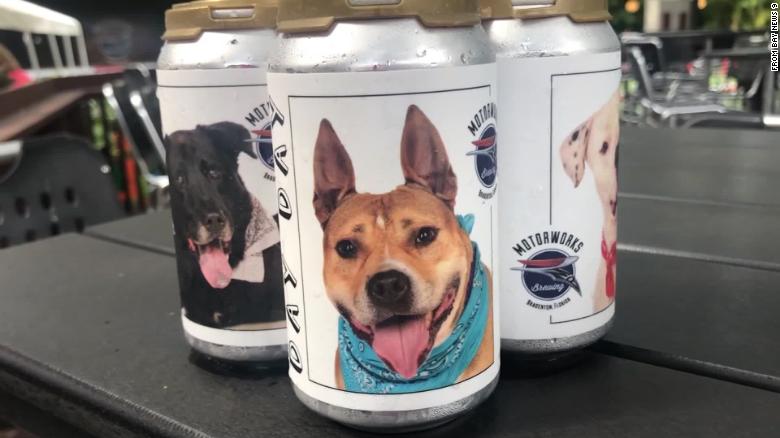 Hazel, also known as Day Day, is the brown dog featured in a blue bandana.

(CNN) — It’s been three years since a beloved family dog, Hazel, went missing in Iowa. Now she is set to be reunited with her family after being featured on a beer can in Florida.

Monica Mathis, who now lives in Minnesota, was scrolling through social media when she spotted a story about a Florida brewing company featuring adoptable dogs on their beer cans.

“I was looking at the dogs and I was like oh my gosh, that’s Hazel,” Mathis told CNN affiliate Bay News 9.

Hazel, 7, was one of four dogs chosen to have their smiling profile picture featured on the beer at Motorworks Brewing in Bradenton, Florida, in hopes that they would get adopted. 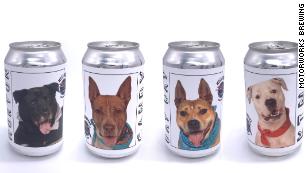 The marketing campaign went viral last month and also served as a fundraiser to help raise money for the local animal shelter in Manatee County to build a new facility.

Hazel, also known as Day Day at the Manatee County Animal Services, left the Mathis home one day in 2017.

“She was an escape artist; she was very good at getting loose,” Mathis told CNN affiliate WWSB. “Bolting right through the door. Knocking me over just to get out the door.”

The 60-pound dog entered the shelter in March of 2019 as a stray, Hans Wohlgefahrt, with Manatee County Animal Services, told the CNN. Hazel did have a microchip but the contact information for her owner was outdated. With no way of contacting Hazel’s owners and when no one came forward to claim her, the pooch went up for adoption. 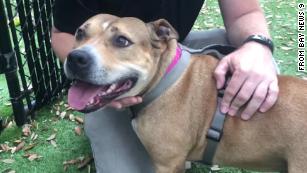 The pooch is ready to go home to her mom.

“I guess you can say I was a little hysterical because I was scared someone was going to adopt her at that point or something,” Mathis told WWSB. “I was scared I was gonna lose her again.”

Mathis submitted vet records and photos to the shelter and was able to claim her long lost dog back.
While it is unclear how she made her journey to Florida, Wohlgefahrt said she is healthy and a very happy pup. Wohlgefahrt is currently figuring out the best way to get Hazel reunified with her family some 1,700 miles away.

“She’s grown attached to me,” he said. “But I’m happy to see this all the way through, even if it requires a really long road trip.”

What Do I Do If My Dog Gets Skunked?

What Do I Do If My Dog Gets Skunked? 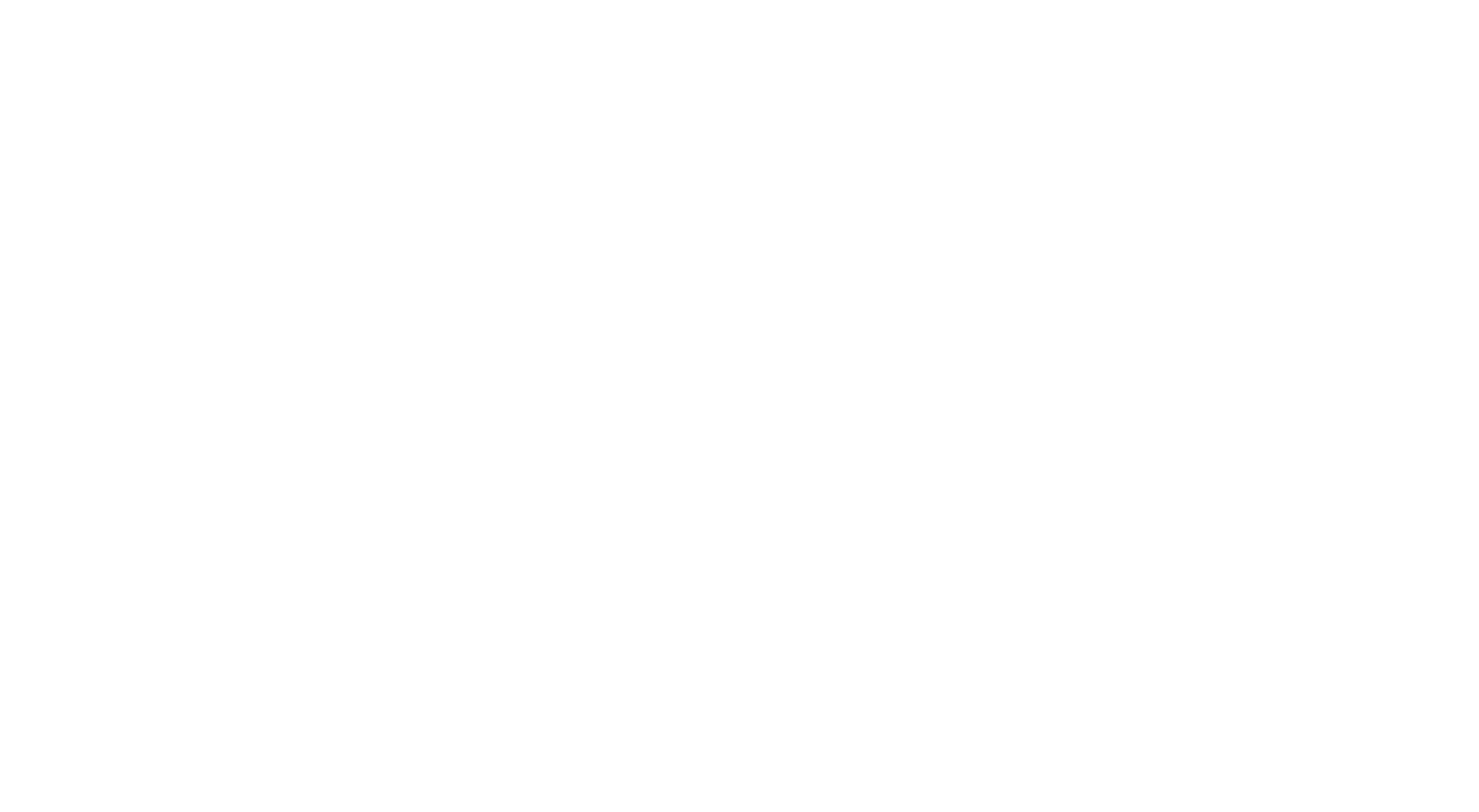